The city of Maroua has an estimated population of 273,170.

The curve shows:
– an increase in the number of cases in May 2008 (39 cumulative cases);
– another increase in October 2008 in certain neighbourhoods, coinciding with an influx of refugees. A vaccination campaign targeting children ages 9 months to 5 years was conducted in these areas;
– despite that intervention, the number of measles cases continued to rise, with a peak in late January 2009. 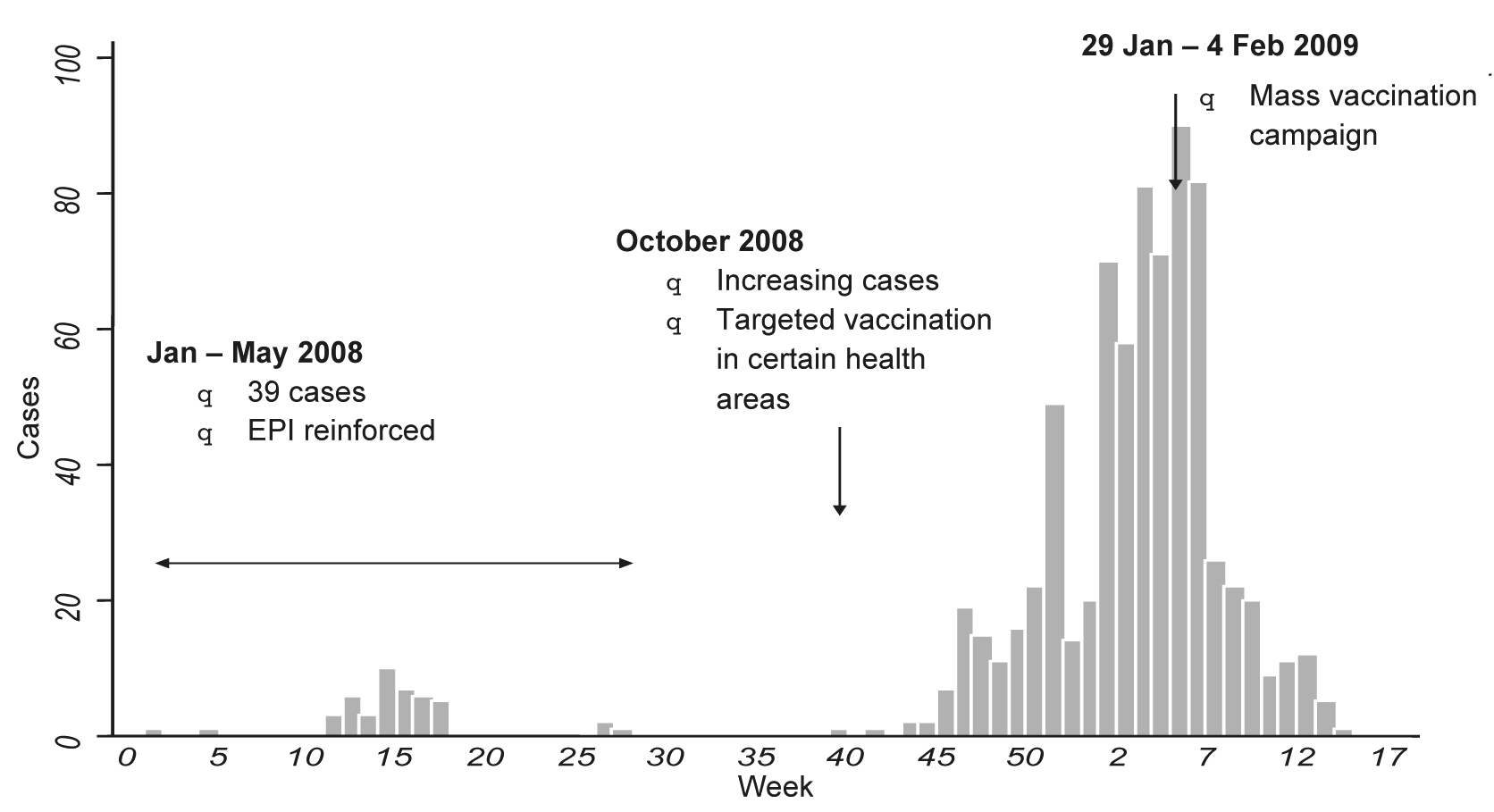 After these interventions, the estimated VC was over 90% in children ages 9 months to 15 years.

The EPI’s inadequate vaccination coverage allowed a recrudescence of cases in some neighbourhoods.

Reinforcing vaccination activities did not prevent an outbreak.

A total of 8,733 cases and 32 deaths were reported from Week 1 to Week 25. The outbreak lasted sixteen weeks. 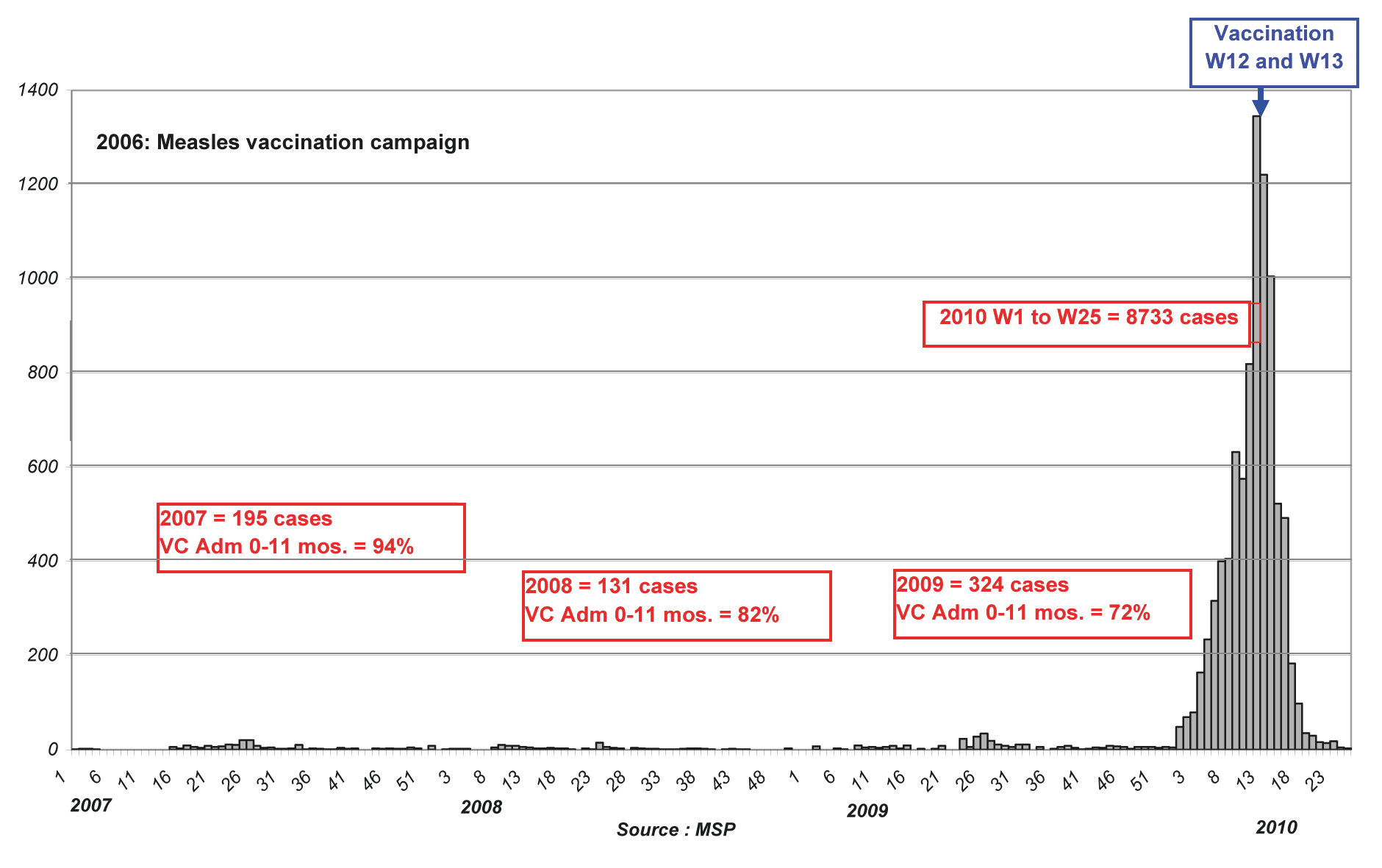 Several actions were taken in response to this outbreak:
– beginning at Week 7: reinforcement of EPI (9-11 months);
– from Week 12 (10 weeks after the start of the outbreak) to Week 15, non-targeted mass vaccination campaign for children ages 6 months to 15 years.

The VC (EPI + 2008 mass vaccination campaign) was inadequate and allowed a recrudescence of cases in early 2010 (even larger in neighbourhoods where vaccination coverage was lowest).

Reinforcing EPI activities did not prevent an epidemic.

The belated outbreak response vaccination (10 weeks after the epidemic started) helped control its spread (incidence fell in the weeks that followed), and the outbreak ended around Week 22.